The next event was 2012/13 Golden Bean Awards which saw another Bronze medal win for their Peru Single Origin. This time it was under the Organic category.

Silipo Coffee then heard that there was going to be one of the hardest competitions coming to Australia to coincide with the 2013 Melbourne International Coffee Exhibitiion. This was done through the Royal Agricultural Society of Victoria and was to be named The Australian International Coffee Awards. Silipo Coffee entered and received another Bronze medal for a Single Origin Ecuador coffee bean. Silipo Coffee nearly had a Silver here and all other entries were within a few points of receiving a medal.

Silipo Coffee then entered the Annual Golden Bean Awards for the third year running but this time was different. Richard Silipo put his protege roaster, Erin Webster up for the event. Richard had only started training Erin 7 months before this event. Erin had never roasted coffee before this. Erin competed with incredible entries and received her first award for the category Single Origin. Not only did Erin win her first award and one more award for Silipo Coffee she also come away with the Silver Award.

Silipo Coffee has successfully entered and won coffee awards in every event since they started competing and we can assure you. That when buying Silipo Coffee you will always get the best possible fresh roasted coffee beans that are of an award winning standard. 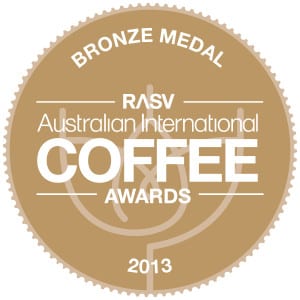