Richard Silipo was first introduced to the art of espresso in 1994. Since this time he has owned restaurants and cafes and managed multiple franchise and non franchise stores within the hospitality industry. Richard has completed many Barista courses and has competed in a won some  competitions. Richard also won multiple awards for coffee roasting in his first two years as an industry roaster. Richard is also an accredited judge for the Queensland Barista Championships which run through AASCA and is a proud member. Richard’s role within Silipo Coffee is to continue to educate his staff and clients in all things coffee and he hopes to bring exceptional quality coffee to the Eastern Side of Australia and later spread it across Australia and the globe. 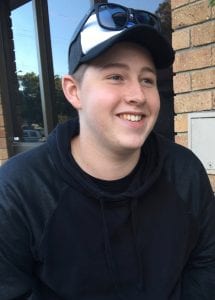 Jacob’s coffee journey started when he was working part time for a franchise coffee company whilst he was still at high school. Jacob was then offered a job to work in a cafe and a new journey began. He started gaining more and more knowledge in the coffee industry and it led him to begin competing as a Barista. After gaining some confidence outside the coffee franchise world Jacob made the decision to join the Silipo family. In October 2016 Jacob beat many other competitors and won the title of ‘Barefoot Barista Latte Art Smackdown’. Jacob brings to the Silipo Coffee team a very high level of milk texturing, latte art skills and a passion for coffee that matches Richard Silipo’s own passion when he started the business. Jacob is now Silipo Coffee’s Wholesale Manager and Barista Trainer. 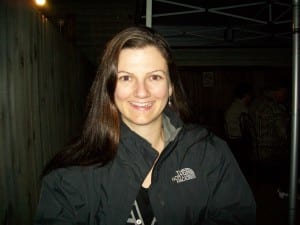 Michelle Silipo is an Architectural Drafting Technician and Project Manager. She has worked in the planning departments of Airports and Commercial Property Developers. Michelle is also a Remedial Massage Therapist and has used that skill to travel to London on a 2 year working visa. She met Richard Silipo a year after arriving back in Australia and fell in love. Michelle is currently raising their 3 beautiful children and studying her Graduate Certificate in Business Management. She does some ‘behind the scenes’ work for Silipo Coffee in Accounts, Website Administration and Drafting for the warehouse/cafe.

Thomas is our weekday Barista helping out Masa and Scott keep all the caffeinated addicts calm in Bailey Crescent. Thomas comes all the way from the Netherlands and has been in the specialty coffee for a few years. In these years Thomas has picked up some great skills in serving specialty coffee and floats around the coffee machine effortlessly getting all the coffee made. Thomas has a great sense of humour. Loves making and drinking coffee and is fitting into the Silipo Team perfectly.